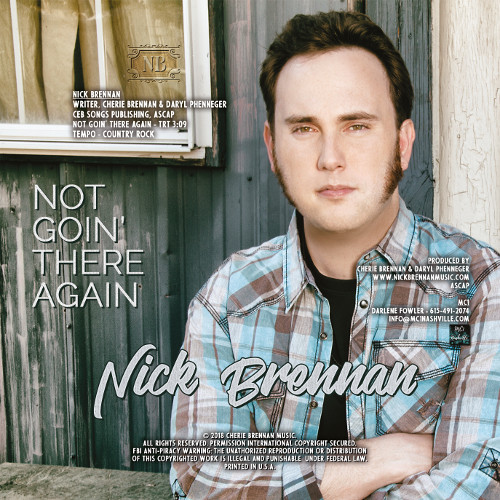 Not Goin’ There Again

NICK BRENNAN is making a name in 2018 and the one to watch among the new Country artists. His soulful deep country voice is catching the attention of fans of all ages.